Ioana Maria, there were nights

when I thought of you all along

and by my side stood

the cold bird of death;

that brought on her wings, insanity.

On such nights, Ioana Maria

with the mighty happenings in the world,

with death, with insanity;

those were nights when I thought of you, Ioana Maria

and I was lonely, and bare beneath the bitter moonlight;

from the skies, the moon was sucking my blood – drop by drop;

thus, I was waking up pale, lost and wasted in the arms

Next mornings, you were catching a glimpse of me

as I was coming out, as from oceanic depths

to reach the daylight,

and looking at me, you said: you are pale.

Yes, Ioana Maria, I was pale.

Ioana Maria, there were mornings

when you woke me up,

as a light coming from inside myself.

Ioana Maria, there were daysprings

when two suns were rising under the same sun.

On such mornings, Ioana Maria

the world seemed to wear an unique shining

Straight, I was facing life, boldly,

and my hair waved in the wind.

there were resplendent mornings when

the flowers were bursting with beauty,

and the birds’ chest with songs;

daysprings, when two suns were rising under the same sun.

Ioana Maria, there were daysprings

When you arose inside myself,

arose from my blood,

and thus you woke me up,

and in the early morning

I began to think of you.

it was only you I had eyes for under the sun.

Ioana Maria, I still do love

the woods by the edge of the town;

there we used to wonder.

but my longing for you was mighty,

and they were enchanted in our eyes.

You used to say: beyond that hill

the other realm of life begins.

Yes, Ioana Maria, beyond that hill

the other realm of life began;

And we have never been up there. 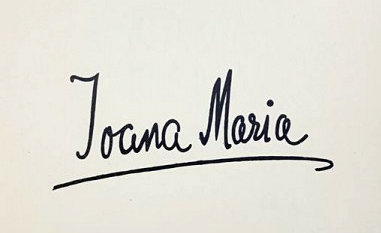 Geo Bogza ( 1908-1993) was a Romanian avant-garde theorist, poet, and journalist, known for his left-wing and communist political convictions. As a young man in the interwar period, he was known as a rebel and was one of the most influential Romanian Surrealists. Several of his controversial poems twice led to his imprisonment on grounds of obscenity, and saw him partake in the conflict between young and old Romanian writers, as well as in the confrontation between the avant-garde and the far right. At a later stage, Bogza won acclaim for his many and accomplished reportage pieces, being one of the first to cultivate the genre in Romanian literature, and using it as a venue for social criticism.