[Disclaimer: this is only my personal story as a woman software engineer. I do not imply in any way that all stories are similar.]

Why am I writing this? Because I would have loved to read stories from other women when I first chose this path. It would have given me an extra bit of confidence. And even now. Or probably even more now. I like the inspiration I get from them. Maybe it’s pride. Pride as in that happy feeling you get thinking about how they succeeded, considering all the obstacles you know they must have got in their way. Of course, each of us has her own story, her own path. But in some points they meet. I like to call them ‘intersection points’. And for some reason, women in tech seem to have more intersection points than men in tech, or than women in other fields.

Back to the story now, I was one of the lucky ones. Which is why I haven’t really realized at the beginning that it could be harder for girls. No one told me I couldn’t do it, no one ever tried to make me choose another major in college. So I was clueless about this happening in so many other cases.

My mother is an engineer. And she teaches computer science to high school students. I saw here coding. And it came only naturally for me to do the same. My high school teacher was also a lady, who used to encourage me to be even better each time. I was top of my class and I wouldn’t have had it any other way. Because I loved it.

Then came college. In my group, there was only one other girl. It still didn’t seem odd or scare me. I kind of liked the challenge, and working with the guys. They were good guys. Second year, we switched groups and more girls came around. They were smart and we had good grades. We were all equals. 99% of teachers treated us all the same.

But at this point I started to kind of sense a difference. Though I couldn’t point to exactly what it was. I somehow felt like us, the girls, were more inclined to the theoretical part, whereas the boys were learning more by doing. And I now know there are studies that got to this conclusion, and explanations. And even dedicated companies that create toys for small girls in order to get them doing more with their hands. It is considered to create connections in the brain that boys playing construction games had, but girls playing with dolls did not. It may also be that young girls are more pressured by society to get good grades in school. But, unfortunately, in our education system, better grades in school doesn’t equal more useful knowledge.

I will leave this subject about the school system for another time. However, at that time, it made me wonder if the guys are really better at this sort of things. Maybe it is true what they say, and I should have study English or started baking cookies. Which, if we came to the subject, I really enjoy doing.

Well, college went by, letting me wonder if I was really good enough to get a job. Kind of a big change from 3 years before… And then job interviews started. At the second one I was hired. I was thrilled. That is, until I found out that the boss really wanted to hire a girl, and some colleague of mine implied that was maybe the only reason I got there. Kick in the stomach number 2.

I soon got over that, as months and years went by, and I felt really good about the job. It was all I had ever wanted. I could learn, I could make decisions, my point of view was always listened to, and my work appreciated. I had contact with different clients, who never questioned me for being a young woman. I had a great working relationship with all my male coworkers. Because yes, they were all male. But the key point to this was my boss and the way he treated me. He gave me back the confidence I had lost, and I will always be grateful for that.

From there, I moved to my second job (which is also the current one). Same story. It was amazing. The projects, the responsibilities, the coworkers, the clients… I loved it all from the start. Especially the responsibilities. And again, never ever did I have a feeling of being treated any different. Not in meetings, not in promotions, not financially, nor by the possibly reluctant clients.

Was I lucky again? To work in a country where the percentage of girl programmers is one of the highest in the world? To have clients from countries where women are considered equal to men (even if in practice there might be room of improvement)?

A few years later, a new challenge arose, and I was more than thrilled to take it: training a group of 20 students in the company’s internship program. This was when I finally managed to pinpoint that strange feeling I got back in college. And it hit me again. Kick in the stomach number 3.

I saw this incredibly smart girls questioning themselves. And telling me they will never be good programmers. With few exceptions, they were all underestimating themselves. Whilst the boys were relaxed and confident and taking every task with ease.

I am sure they got rid of that feeling once they started to work and see what they actually can do. But I think the biggest problem here is that society still plays a very big part of how we see ourselves. That we let other’s opinion of what we can and cannot do influence us.

Or no, not even that. No guy ever told me that he was a better programmer because he was a guy. It was just in my mind. As I think was the case with the students I met.

And it comes from the way we were raised. This might seem a minor problem we, as Europeans, encounter, compared to women in other countries. They are brave, and hard-working, and role models for lots of girls in their society, as well as for us.

But we, just as them, need to raise fearless daughters. We must teach young girls and boys alike that they can do anything they want and not impose our own values and expectations on them.

And I think we’re on the right track. 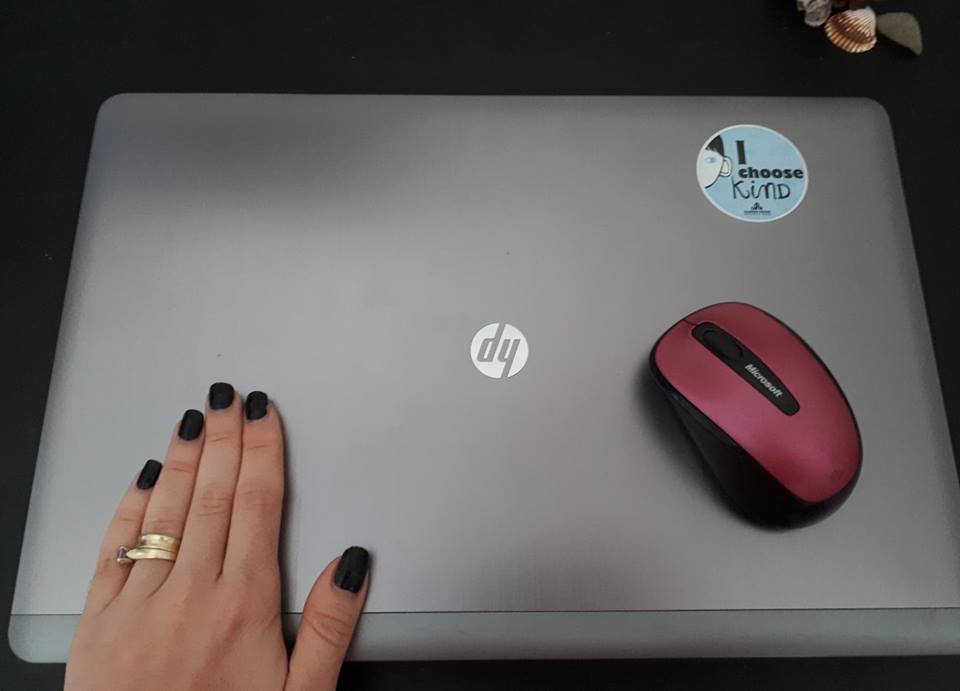