The monologue of a naked animal

Though more than a decade has passed, I remember the euphoria canned in the jam jar, with the enormous, yellow cherries. Maybe, I have passed away and have come to life. I was feeling good, light, peaceful, and incipient. One single night, I dreamt two times I have died. The cherries were globoulous, as were the sessile oak trees from a poetic text I often red in my teenage years. Yellow or maybe golden, as in an enchanted forest. It was something ample, I had safely escaped. It was something bracing, almost untouched by any temporal dimension, a sort of scenery with an outfit of Jupiterian influence, fabulous and sublime, like anything that remains just an intuition. I would call it the joyousness of an unfinished art piece, if I were not be already bored by the analysis of such a feeling, coming to the conclusion that even such unfinished art pieces grow gnawed and they fade away when one is spending too much time gazing at. The rustle, the light, the glass fish, the fresh and warm and miraculous water fish, the wandering sturgeons. The dendrites that hopefully rustle, immanent-voluptuous, a fresh water, a salt water unfolded in strips in clutches and fricatives. A world of tektites and everything else that might fall from the above. Either ways, everything was tall, nicely purged. From around the dusty corner, like a square that the heat prints with the imaginary of a wasteland, we arrived in those strange rooms. Dark rooms, elongated till underneath the little window, somewhere around 2,5 of height. Maybe 3. Afterwards a hideous dog came by, a very hideous dog. The fur was stripped, and clusters of beads grew on his body. I chatted a bit with him. I can’t remember his name today. Of course, he was of a venerable age. I think since then something remained inside of myself such as a sugared scream-guffaw.

Somewhere around, my great grandma fell in love with a married fisherman; he used to pass the Danube and came to love on her, until his wife figured out something and poisoned her. That’s how it was. Sometimes I wish I knew more about it, but nowadays the Eros looks out so very outdated.

Sometimes when I leave, the peacefulness is more extensive than the pain. The culture is a plague. Sometimes things get brighter. Sometimes, there is nothing updated.  And, as a hint, that the plague does not epidemically extent, so to say by borrowing a syntagmatic from a no matter what book, supporting more or less in a sophistic manner, by gesture, the idea, in the upper part of the canvas the silence declined into a scream is fading and is disappearing, even without being framed.

So I got out, in order to have a social life, in spite of the repression. The rhythm of the text is the proof of the limping walk facing death. I stumble all the time, when I catch my breath I get ready to dream. When the Orphic street buzz reassures me, I think I might have a single head and a bowl of dry food. I do not always know what it is polite to feel. Charity, fear, nausea. I’m looking at the madam’s discolored braid, the passing of the roots through the years. The carelessness of her sparse moustache, ‘bout one centimeter of length, and the couple of hairs digging on her chin, the colour of the extinct embers. She poses me a cultural question. I would answer anything, only so that I can pay off my debt as soon as possible and could further wag my tail. Before I arrive at researching her teeth. Either ways, it is almost useless. I see the bulky body and by waging my tail from left to right I re-feel the entire weight of lifting up her foot by which also hangs a morally worn boot, on which in turn hangs an infinitesimal amount from the puddles of the neighborhood. Though it hangs. I weight her luggage in my mind. Food, manure to be born. How hard it must be to carry all this to the third floor, to strive against gravity! I shake, shake my fur in successive torsional movements, as if I just squeeze a barely-washed coat that I have to wear as quickly as possible. And I move forward by greeting, still not knowing what it is polite to feel. I get myself ready to dream.

There would still be a couple of things to be said. In front of the house stood a kind dog, in front of a tiny table on which there were placed more jars of jam. I chose a cherry jam jar, slightly sugared. I handed to the dog a bank-note, he waged tail and got it in his mouth. Afterwards, I flew towards an enchanted realm, with woods, lakes, and waterfalls… 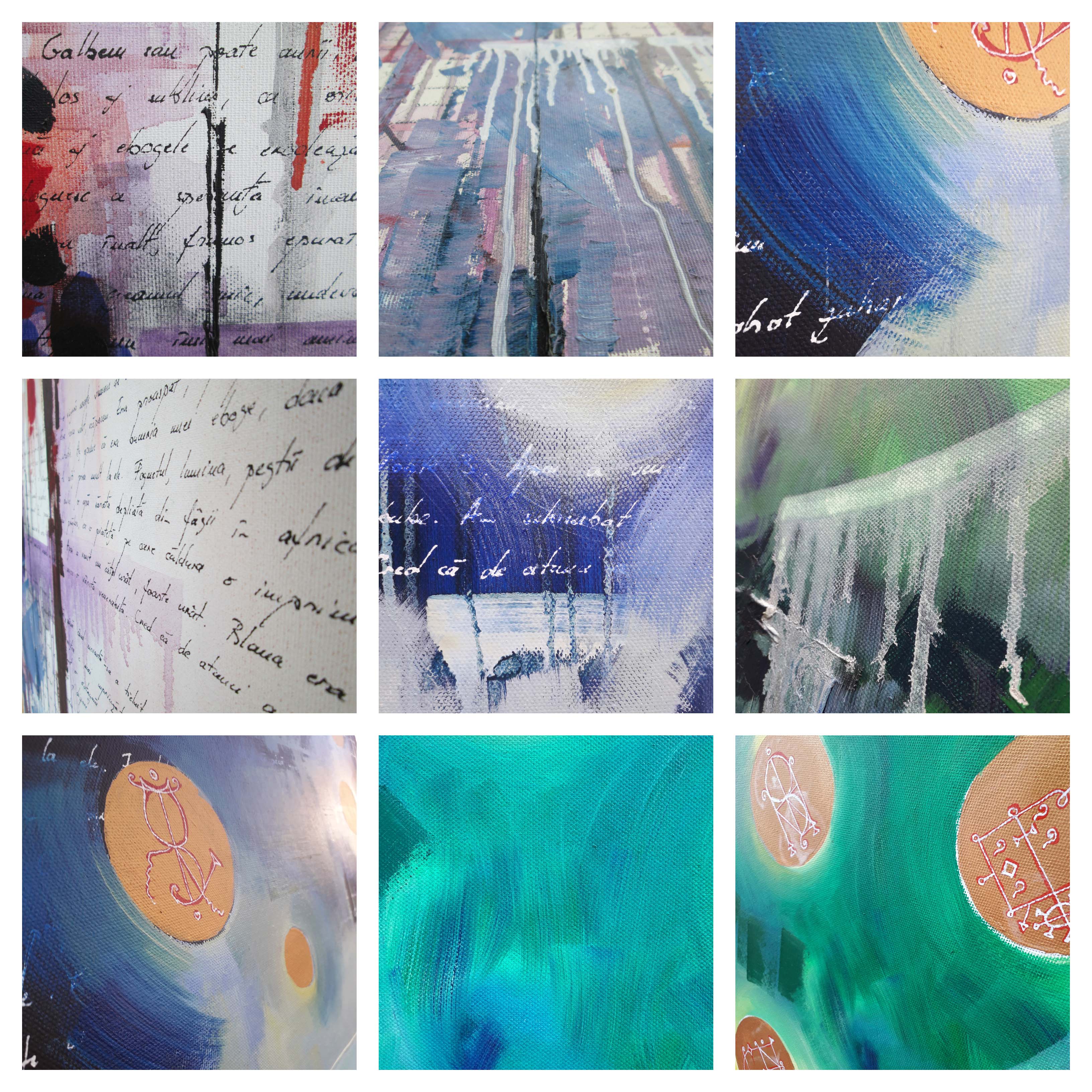