What does Cinderella teach our children?

Cinderella is an old beautiful fairytale, isn’t it? We loved it as children. Especially the girls. We always wanted to be Cinderella because she got everything she wanted even if she was always treated poorly by her family. But what does it teach us? What are the values and morals of the story? 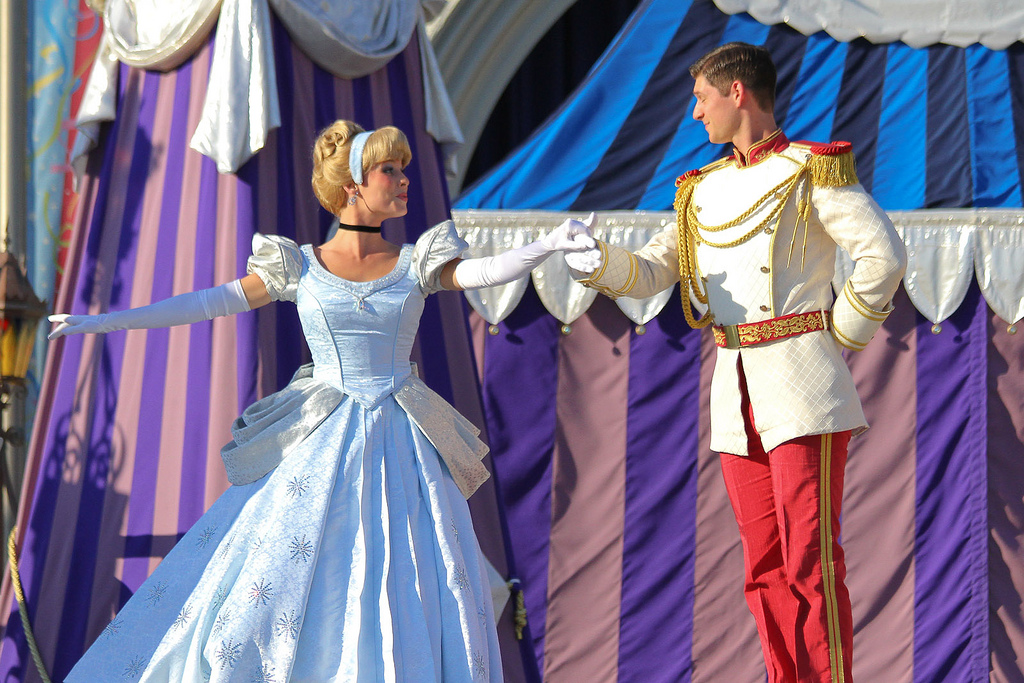 Let’s start with the girls. How does a girl have to be to succeed in life? Beautiful! All the positive female characters in fairytales are beautiful. They have long hair and big eyes, they are skinny and always wear dresses. Cinderella is no different. She is beautiful and she works tirelessly to keep the house clean and to feed the entire family and all the animals she ever sees. In return, the animals will help her with her chores. Never her family. So, to be successful, you must first be a victim and everyone must feel bad for you. Never stand up for yourself. What’s the point in trying to change the way bad people treat you? Every successful girl is obedient and never leaves the house. All she does is take care of others, never herself. Cinderella doesn’t read or learn. She doesn’t have hobbies. She has no time for that.

Let’s move on to the solution. Now that we know how a girl should be, let’s see what she must do in order to succeed. Find the most wanted bachelor in the land: The Prince. What does Cinderella know about the prince? He has a castle (loads of money), he is beautiful (by default, every prince is beautiful, even if not at first) and he is single. What more would any girl want from a man? She never saw the prince, but she is already in love with him. Get an invitation to the party he is about to throw. Don’t go to any other parties! A very interesting detail here: the prince is inviting to his party all the single ladies, ALL the single ladies (excuse my cheap pun) in the land. He wants to see them all, she only has eyes for him. Sounds familiar? 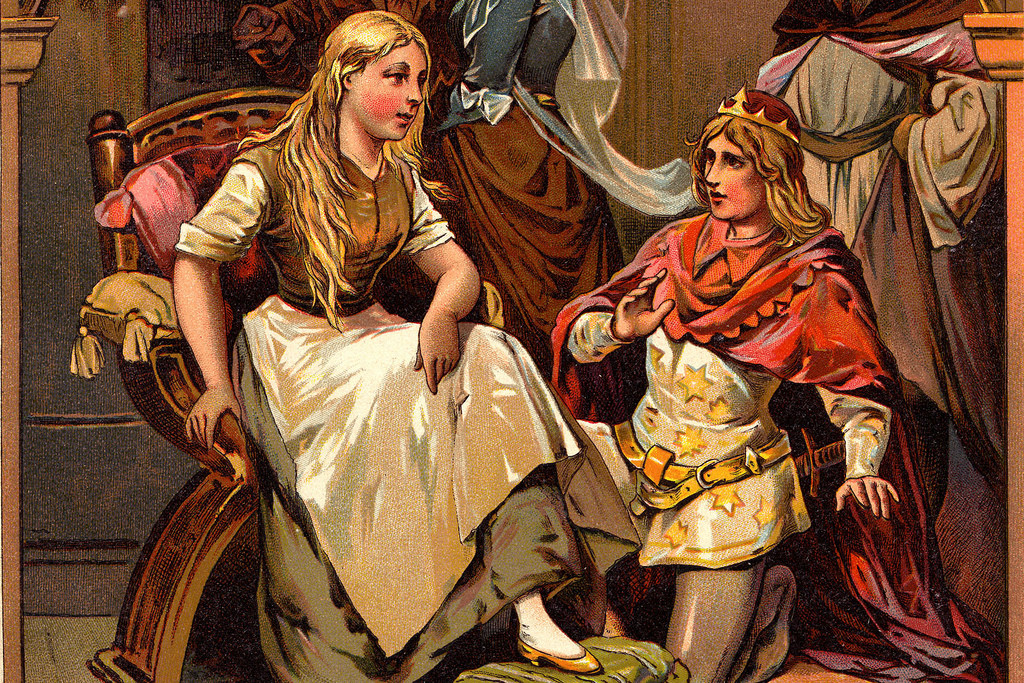 In preparation for the party you must get a very expensive dress and carriage. Cinderella is poor, but she has a fairy godmother who is kind enough to lend her those expensive things just to show them off at the party. There are two things she must do in return: don’t tell a soul about it (lie to the prince, make him think you are also rich!) and give them back before midnight. The godmother does Cinderella’s hair and makeup and not even her own family will recognize her after that. Any bells? This is the definition of female beauty today. And it was enough for the prince to fall in love with her. They danced until midnight, when Cinderella had to run back to her godmother to give everything back. The small glass stiletto left behind is the only thing the prince has of her and the only way he could ever recognize the love of his life is by forcing all the girls in the land to try on this shoe. Wait. What? Cinderella has the smallest feet in the land. How old is she? Could this be the reason her stepmother wouldn’t let her go to that grown-ups’ party? Is the prince… never mind! She will be forced to try on the shoe, so the prince will marry her because that is what he wants. The end. So, the ultimate goal for every girl is to get married. There is no fairy tale about the marriage itself. Or about a happily married couple. Every child knows: after they get married, they live happily ever after. Which is boring, so why write about it?

This leads me to the values every child learns from this. Like stepmothers are evil. Is your daddy a single parent and wants to remarry? Be afraid of that wicked witch he is about to bring into your home! And if she has children of her own, man, you are screwed! Your life is about to become a living hell! 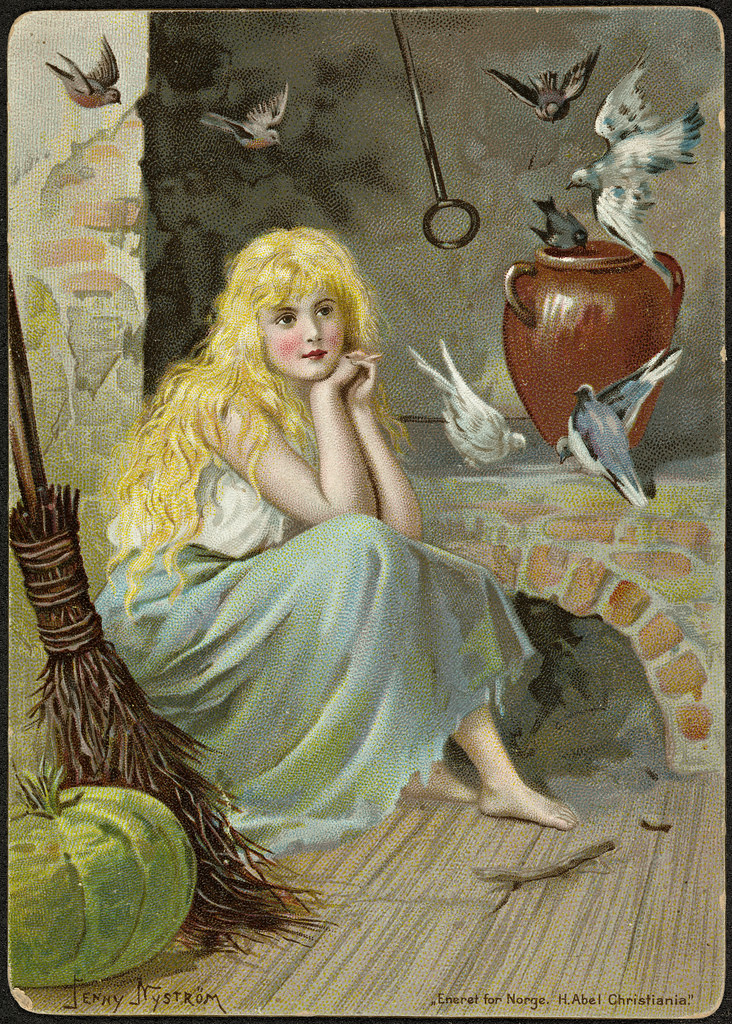 Cinderella’s sisters are envious of her beauty and they are as ugly as they can be. Warts and all. They do their best to look nice, but could never achieve that goal simply because they have big noses or big feet. One of them has big toes, the other one has big heels. Anyway, their feet are ugly. Oh, and don’t forget the warts! What do we learn from this? Ugly girls, warts, fat people, big feet and big noses are clear signs of bad character. Do not befriend such a creature! They are not worthy of love. On the other hand, if you see a beautiful face and body, clearly you are facing a good person. No bad person can have such beautiful features. This is especially true for the girls. Boys can be all kinds of animals and ugly creatures, if you truly love them, they will become beautiful. Never the girls. They have to be the most beautiful thing you can imagine or they are worthless.

Other family values: the father is absent and not because he left the family, but because he must work. Working fathers have nothing to say when it comes to educating their daughters. Oblivious to the stepmother’s abuse, he is, nevertheless, one of the positive characters in the story. He is somehow also abused by his wife and that’s that. There is no such thing as divorce. If you are in a bad marriage, tough luck! Suck it up! Or something like that. 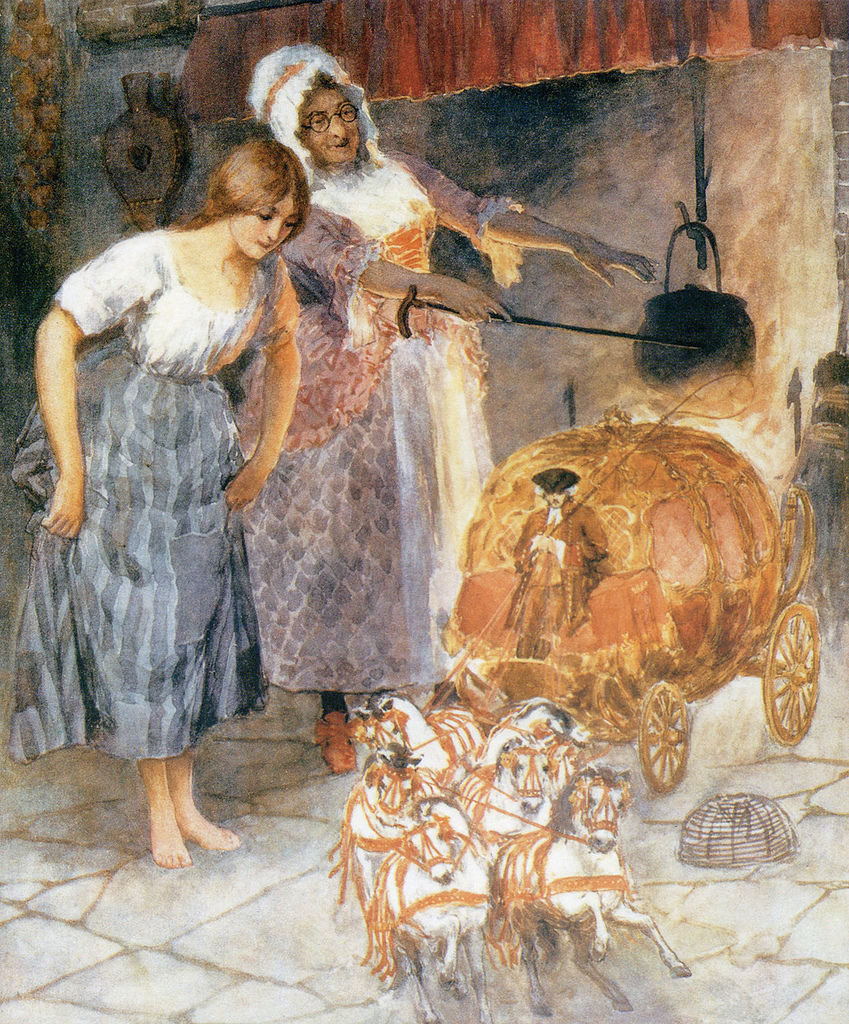 The prince is a secondary character in this story. We really don’t know much about him. What we do know is that he is a positive character. But what are his qualities? What makes him the good guy? Well, he is a prince. He has a big castle and the throws huge parties where he invites all the single ladies. All the single ladies want to be with him, so he must be good. He wants to marry Cinderella, the only girl who left the party early. The one he didn’t get to know long enough to recognize if he saw her again without the expensive dress and makeup. A bit shallow maybe? Anyway, he wants to marry her, so he does. He sends out his servants to track her down and bring her to him. What if she doesn’t want to be found? He never asks her if she wants to come. If he wants her, she must want him. Every other girl does. Why wouldn’t she? What does that teach little rich athletic boys?

The world is full of Cinderellas and Princes. Plastic gold diggers and their shallow counterparts.